As the World Health Assembly held its seventy-third session virtually on May 18 and 19, the FDI World Dental Federation...

Researchers at the University of Nottingham’s...

Researchers have completed a pilot study...

The California Dental Association (CDA) is...

As dental offices across Virginia reopen... 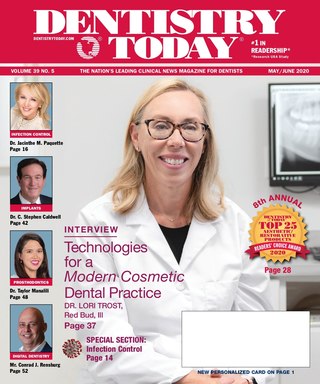 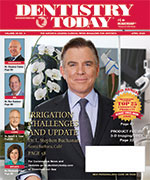 Bad breath is a common dental problem that may be a cause for concern.

With halitosis, as the problem is known as, a person needs to visit a dentist to find out why he or she is having bad breath. It often develops because of a more serious dental issue.

Bad breath clearly can come from certain foods that a person may eat. It also can stem from types of sulfur compounds that may exist in the mouth because of some type of gingival inflammation. Gum disease can become a major problem if it isn't treated. Some of the possible effects include softened gums that will be unable to prevent bacteria from entering the bloodstream and eventually moving throughout the body.

The bacteria associated with periodontal disease is known to be extremely harmful, and can cause major illnesses or issues with the heart, such as a stroke or heart attack.

Halitosis impacts about one-quarter of people, in varying extents. In addition to resulting from pungent odors in the mouth or tongue, it can also come from odors from the nose, tonsils, esophagus and stomach.

Maintaining solid oral health is the best method to prevent this issue from happening. Regular dental visits will also be beneficial in preventing halitosis, as well as using some type of mouthwash. If you have bad breath and then develop some of the symptoms associated with gum disease, it's best to see a dentist as quickly as you can.

Kuraray Noritake’s Katana Intraoral and Restoration Cleaner eliminates the weakening of bond strength resulting from contamination from saliva and blood...

UV Angel will provide its UV...

It Keeps Me Runnin'

...there were too many products to cover here in one column, so you will...

Come to My Window

I Heard It Through...

There are many [podcasts] out there....Some are full...

As technology improves, there are often questions on to how to best treat our...

Over the years, Dentistry Today has been an...

Resin infiltration is a revolutionary addition to the growing trend…
in  Quick Technique  by  Peter Auster, DMD

Dental caries remains one of the most common chronic diseases…
in  Quick Technique  by  Derek Zimbardi, DDS

Extractions can be stressful for the patient and practitioner. This…
in  Quick Technique  by  Gregori M. Kurtzman, DDS

Dentapen: A Primer for Using the Next Generation…

Dentistry Today is The Nation's Leading Clinical News Magazine for Dentists. Here you can get the latest dental news from the whole world quickly.

How to Treat Worn Anterior Teeth

Oral Health for Children With Speci...

The US Dominates the ARWU’s Best Dental Schools...

Dentists Already Are Prepared for the Coronavirus